Elephant parenting is an informal term that was originally coined by the American sociologist Letitia Anne Peplau in 1987 to describe a form of over-controlling, smothering, and restrictive child-rearing. It has since come to be used as shorthand for describing parents who are too involved in their children's lives or who make their children's decisions for them.

The phrase "elephant parenting" comes from the idea that parents act like elephants with blinders on their ears—they only see what is right in front of them and do not hear what is happening around them. 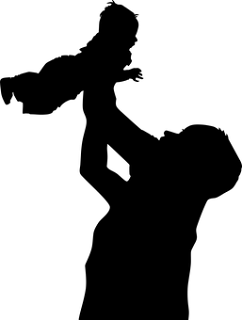 Popular posts from this blog

Daddy's time for his son during Pandemic

August 24, 2021
I am a father of 7 years son and trying to provide quality time in the midst of a busy work schedule. Professionally, I am a wildlife biologist as such I spend many days from my house inside the forest with no connectivity. But as I return home I am turned into a family man and a father. How can we (my son and me) spend time: Early morning : I am an early riser and always left my bed between 4:30–0500am. This is my me time. From 5:00 -7:00, I do my all work- walking for half an hour, meditation and daily journal, and reading. 7:30 I wake up my son with a kiss on his forehead. I open windows and softly request him to wake up. Every night we sleep at the same time and I give him suggestions to wake up as I request so there is no hindrance. He usually takes 10 minutes to freshen up. then I give him the first glass of water and two biscuits to start the day. Thereafter we read his books (either textbook or reference) and request him to read loudly. I correct his pronunciation and maintain
Post a Comment
Read more

March 04, 2022
I always encourage my son to wake up early. I have early wake-up habit since my childhood.  During my childhood, I used to study, go to our paddy fields, or fishing in the early morning. Today, it is not possible for my child to indulge in the same activities as my childhood. Still, I am glad that my child wakes up early. I always make sure to get morning freshness and it boosts up my energy for a whole day.  I encouraged my child to wake early to maintain the same good habits from his childhood. He is always prepared to wake up early the night before.  I set some morning plans for him like a workout for 30 minutes, reading, and working in a small garden for a few minutes. Sometimes we counted birds around our backyard.  A gorgeous sunrise can sometimes be seen from an open space, and we are able to feel the greatness of the universe. As apparent I am doing it continuously. Sometimes I set free him to do as he like and he enjoys his own work schedule. This also helps us to avoid a mo
Post a Comment
Read more